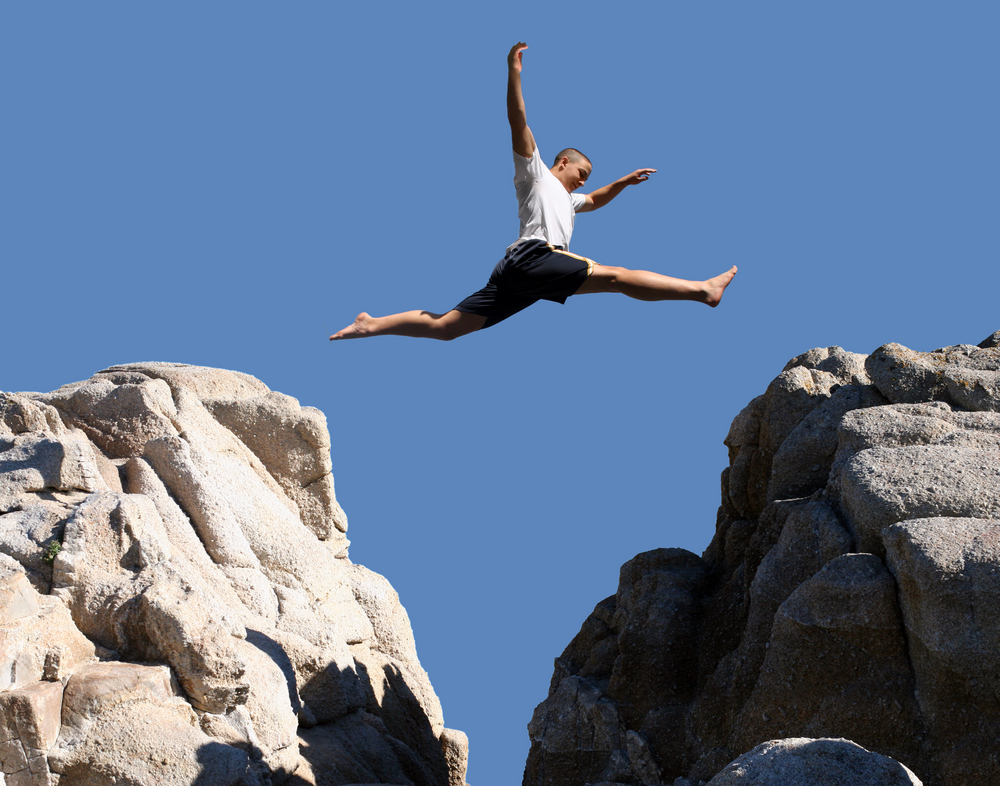 You Absolutely Can Learn How to Access the Courage to Take Healthy Risks. And When You Do, You'll Reap the Rewards in Terms of Fulfillment and Satisfaction.

Even some of the most famously successful people failed—and risked and failed again—before they reached the pinnacles of their careers.

Oprah Winfrey was fired by a TV producer because she was "unfit for television." Of course, she went on to become a television powerhouse, and one of the most successful people in America.

J.K. Rowling, author of the Harry Potter series, was a single mother on welfare when all 12 major publishers rejected her manuscript. Eventually, a small publishing house accepted it and gave her a small advance. She's since sold more than 400 million copies of the Harry Potter books.

Stephen King's first novel, Carrie, was rejected 30 times before it was published. In fact, he threw the manuscript in the trash at one point (where it was later rescued by his wife).  He kept a collection of his rejection slips in his office. Today, he has sold more than 350 million copies of more than 50 novels.

Bill Gates—the co-founder of Microsoft—failed when he launched his first business. The machine he and his partners had built to process raw traffic data flopped when they presented it to an employee of a traffic company.

And Henry Ford failed at automobile companies twice before he revolutionized the industry by pioneering the Model T and the assembly line with the goal of putting an automobile in the driveway of every home.

When a newspaper reporter asked if he felt like a failure who should give up, he responded, "Why would I feel like a failure? And why would I ever give up? I now know definitely over 9,000 ways an electric lightbulb will not work. Success is almost in my grasp." His company, GE, is still one of the largest publicly-traded firms in the world.

Each of these individuals took risks. They failed. They picked themselves up and tried again. They risked, over and over again.

Because they knew they had more to gain than they did to lose.

And that's what I want you to realize, right here, right now:

You too have more to gain than you do to lose.

Now, this isn’t to say that taking risks is comfortable, by any means.

No one likes to lose, or to fail, or to be embarrassed.

But if you never take risks, you never know what you're truly capable of.

I'd like to invite you to join me for my course …

In Short, Courage, Risks and Rewards Gives You Everything You Need to Shift Your Perspective around Taking the Risks Necessary to Step out of Our Comfort Zone and into Your Full Potential, Success, and Fulfillment.

Now, you may be wondering how we're going to cover all this.

First, I want you to know it's my mission to empower you to take control of your life and begin making changes that allow you to reach your full potential.

That being said, when you enroll in Courage, Risks and Rewards, you receive:

And now, you may be wondering how much this is going to cost you.

For a limited amount of time, I am offering this program to new contacts absolutely FREE!

Right now, you have a choice:

You can continue on as you have, remaining safe—but dissatisfied—inside your comfort zone.

Or you can take a small, healthy risk in this very moment, and begin shifting your mindset around taking chances and creating change.

What's it going to be?

To creating the change you want to see...